The two boys whose names are yet to be released got social media buzzing after a video of them together with the corpse of the 10-year-old boy surfaced.

Per what we gathered, they had wanted to use him for money rituals but their plan backfired and was apprehended by the Police in Kasoa and sent into custody.

According to a report by Graphic Online, the teenage boys aged 16 and 17 years, are said to have lured their victim, a 10-year-old boy identified only as Ishmael, into an uncompleted building and reportedly killed him.

They are said to have hit him with an object which resulted in his instant death.

The incident happened at the Kasoa suburb of Lamptey Mills on Saturday, April 3, 2021, between 5 and 6 pm according to sources.

Well, the two boys have finally let the cat out of the bag on why they hatched such a wicked plan against their friend.

In a new video, the two boys narrated how everything happened.

The guy in a black shirt (in the video below) said when he came, the other guy has already hit the boy with a stick and was lying motionless.

He then told him they should use the boy for a money ritual but the other guy said he is telling lies.

Listen to their explanation in the video below; 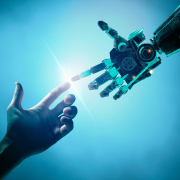